From Fractured Wiki
(Redirected from Humans)
Jump to: navigation, search 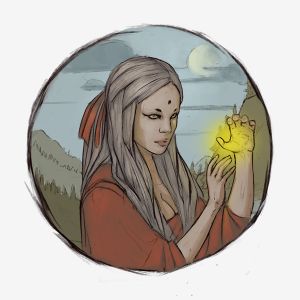 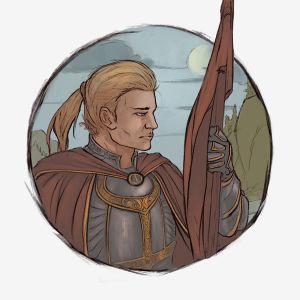 Humans in Fractured are a race native to Syndesia with a feudal culture.

Stained by the sin of the Great Betrayal and the ultimate culprits of the chain of events that led to the Fracture, humans are the inhabitant of Syndesia, a poor copy of the glory of Elysium, rich with resources but deprived of all primal energy.

Curious and inquisitive beings by nature, humans often spend their lives trying to gather more knowledge, power, or wealth. Unlike beastmen and demons, they aren’t born with an innate alignment: free will is their biggest privilege, and with it the ability to forge their own destiny.

Together with alignment, humans lack the physical advantages both demons and beastman are born with – but this absence is made even by their ability to delve into any field of knowledge, be it combat-related or magical. Moreover, humans have learnt to design and produce artifacts to enhance their cities, their homes, and ultimately their own bodies – and their technological progress doesn’t seem to be slowing down.

After the Fracture, it didn’t take long for humans to re-establish an organized feudal society on Syndesia. From reigns to regions, from large towns to small villages, the power of territorial authorities is the backbone of human society… although, of course, it’s never been boundless. Banditry is a plague against which the forces of law and order have to fight every day, and it’s a well-known fact there are entire guilds fully dedicated to unlawful activities on Syndesia – one just needs to know where to find them.

Ultimately, it seems the biggest danger for the thriving human civilization is the human heart itself.

Humans won't have passives, but they will have more points to spend on character creation. Another important human advantage is that they will be more resilient in other planets, so they will be able to stay longer with less debuffs.

Only humans can benefit from human technology.

The base stats of a human