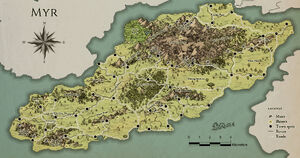 Picture 1: Myr, one of the three continents of Syndesia.

Syndesia, the cradle of human civilization, is a medium sized planet, boasting the largest environmental variety of the whole Elysium Ring. While the lack of Elysium’s primal energy makes its vegetation not as lush as that of Arboreus, it is still a fertile and resource-rich world, providing favorable conditions for the development of the human race and its ambitions.

On Syndesia, [[Human|humans] are always busy harvesting wood and stone to build their homes and castles, and mining different metals to craft their mighty weapons and armors. Coal and oil are also common, and much cherished by humans as fuel for their industries and their technological devices – a kind of knowledge rejected by Beastmen and Demons alike. On top of that, cultivations and pastures are widespread, leading to a level of environmental exploitation which sadly knows no match as well.

As always in the universe of Fractured, such an abundance of resources is not equally spread throughout the planet. Some regions are overall richer, others poorer, and even in the ones most sought-after some resources are hard to come by, which stimulates inter-planetary commerce to a great deal.

After the Fracture, two of the Six Gods decided to watch over Syndesia: Iridia, goddess of fortune and mother of all humans, and Galvanos, god of knowledge and keeper of the nine paths of magic, who always showed a great appreciation for the human persistence and fascination with progress.

Syndesia is designed for those looking for a balance between PvE and PvP, strict rules to prevent senseless griefing, and a competitive environment ruled by opposing guilds and alliances.

The Human homeland is a world deprived of the primal energy that still exists on Arboreus, and can therefore be accessed by Good, Neutral and Evil players alike, without them receiving any buff or debuff. Moreover, it’s the easiest planet to travel to from other worlds – a feature that has turned it into the economic center of the Elysium System.

The degree of protection enjoyed by players on Syndesia is location-dependent, and varies according to the laws established by the guild in possession of each town and its surrounding territory. No hostile actions are permitted in Good-aligned towns besides during sieges, while protection outside of city walls depends on the efforts of the sovereign guild or alliance. This includes hiring NPC squads who hunt down and dispossess any player marked by a criminal flag such as Thief or Assassin. Starting towns can’t be conquered, are always Good-aligned, and their territories strictly patrolled.

Beastmen on Syndesia lose the powers they are granted on Arboreus. Other than that, they can stay on the Human planet as long as they like, finding shelter at any town that allows them in.

While the planet itself doesn’t force them out, Demons have a much harder time walking the lands of Syndesia. Away from the reach of Babilis, they not only lose their Demonic powers, but start leaking vital energy after a couple hours, which forces them to get back to their homeland. Eclipses are a notable exception, since Demons lose neither their powers nor their energy as long as Tartaros is casting its evil influence on the Human world.

Demons are penalized when entering Syndesia unless that is during an Eclipse.

Other races can travel to Syndesia freely.